This weekend was a mast,jabardast one and the most beersome weekend I have ever had in my life. We all 6 roommates thought to enjoy ourselves in this ever so romantic rainy season at divagar and harihareshwarâ€™s Konkan beaches. We started our journey on Saturday morning and started for divagar beach, On the way we bought some beer as it was raining and did not looked as it would ever stop.
One of our friends has got a new fully loaded Mahindra XUV and was the perfect partner for the perfect journey , After Reaching Divagar we got one cottage on rent and straight away took our cloth less clothes and bats and balls (Cricket balls, you dirty mind)and went to the beach but before we could reach the beach we saw some tottas having lunch at MTDC so we also planned to have Lunch there which was kind of ok ok considering the quality of Tottas. It was already drizzling and the beach had a very few tourists , we thought of playing cricket but after few minutes we realized that the lonely girls at the beach wanted some company so we left everything there and ran towards the beach. The salty water was more salty this time because of the Konkani beauties there who came to enjoy.(Samundar me nahake aur bhi namkeen ho gayi ho) .We tried everything to catch their attention and finally managed to get but they seemed to be more interested in making silly noises and holding each other than anything else. We got envy of one couple where the guy was a tall , not so handsome , superman T shirt supportive with a cute Marathi Mulgi , But its allright, Shit Happens.And then after one hour of fishing when we knew no more patakas will come anymore.We went and had Bhel and Tea and told the driver to bring some beer .After 15 minutes it was Beach + Rain +Beer +Bhel = Jannat . That Beer was the tastiest I have ever had. I never wanted to go back but it was raining heavily so had to go back to room .After visiting the temples we had Dinner and that was way too spicy to be realized the next morning.

The night brought with itself beer and playing cards and dumb charades and all conversations between roommates ranging from Riots to Demons and Angels and exorcism ,which went on till 2:30 am. The next morning we started for harihareshwar and shreevardhan and found them with similar beach and environment.But this time we were ready for some more fun , we asked our expert driver to take us to the beach shore with our perfect partner Mahindra XUV ,This was the most amazing experinece as we drove on teh shore with utmost fun.
We had our breakfast there which included bhel+missal+pav+bhurji+kanda+kurma+puri+tea+cold drink and then we had beer .It was raining continuously and the weather was as awesome as could be ever imagined. The Roads were looking superb covered with greenery all around and many water falls on either sides of the road. We decided to go to Mahabaleshwar and thought the weather would be amazing. The journey to mahabaleshwar was full of stoppages as we stopped on every possible picturistic location and continuously had beers and Pictures. We even had ourselves clicked at the railway track which came on the way.

As soon as we were about to reach Mahabaleshwar it was all cloudy and was chilling. Soon It was Raining and the visibility was became very less. The lake at Panjgani was awesome and the mist was what we could see all around. We again had mix of everything we could see bhel+ragada patties + Desi Gazar + Tea + Beer. Our stomach had some strange mechanism to digest everything. We thought of boating there but the Rain ,Mist and the waiting line changed our thoughts and we were satisfied with looking at all honeymoon couples and dancing on the Road and not pointing towards any good looking girl.We also went to the Mapro outlet and had the amazing strawberry Shake and had the most awesome looking girls at our nearest table.

Irani beauties are just irresistible. I even tried to call my mom and wanted to tell her that I wanted to marry that irani girl but there was no network coverage so decided to go back and stare at the sardarni who was on honeymoon with a big fat sardaar.I was so jealous of him that we all decide to move ahead towards Pune. Beer was what which was permanent just the photogenic locations and waterfalls kept on changing.
We reached home before time to watch the world cup final and I wanted to have another octopus soup but It was Spain who took the cup , anyways was a great match to watch. All in all it was great weekend and the one I would cherish. I will never forget beer@beach + Rain , That was a great experience specially in that awesome climate. 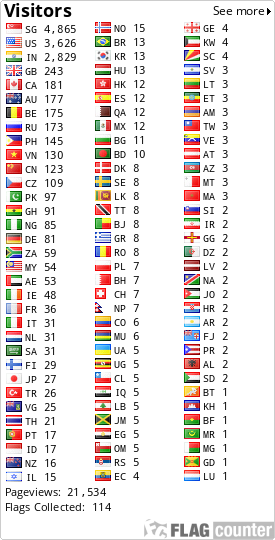