voices in the dark

It was dream come true for me, As I was still paying the EMI's It was the time when I moved into my dream home at Noida , It was My pride.I have heard That this township was made on the CEMETERY , But I did not care as we all knew It was rumors spread by the rival builder. Anyways the Flat was awesome and I had a great sense of achievement but the series of events that followed were shocking to say the least.
Ok. I know people do this sometime, some hide it and some forget about it,  but I'm really having pangs of conscience about this. Some of you may laugh because I’m probably freaking out over something most people would just shrug off or may decline to belief. Anyways I must Tell you that I have just recovered from something people call as stupidity. But I have  heard that during an episode of sleepwalking, sleepwalkers may perform activities as harmless as sitting up in bed, using the bathroom, taking a shower - or as dangerous as cooking a meal, driving a car, exhibiting violent gestures, or even committing homicide (sleepwalking murder).
But I don’t know It’s funny or not But It all started as I shifted to This new flat of mine .It was my paradise. I shifted to my flat on the evening of 18Th Jan , yes It was My birthday . 2012.It all started on that night as after the house party when all left I was too tired , That night I fell asleep on the sofa, I had a dream, I guess It was a dream ,  I was floating above my body. The fear that I would fall was the first thing I remember feeling, and then just the sensation of floating, looking down at my body on the sofa, I believe I was floating around my home and then through the ceiling to the second floor. All at once thinking am I dying, I don't want to go yet! When I reached the second floor I remember saying, "what is that smell?" “Someone from behind just recited a verse from the bible as I looked backwards there was no one. I woke up and saw it was 3 am and have been freaked out ever since I Just had a foul smell at the backyard of my house. I never knew what it was. Till I discovered I peed in the backyard last night as I was too drunk.
It was Tuesday Night when I was sleeping and suddenly I heard a noise in the closet behind me, and looked up just in time to see a very slim man, slipping into the closet from the small open window in the room, he had a bow and an arrow with him. He saw me and froze. I put on my glasses, to better see him, and I froze. There was a snake around his neck. We were locked in a staring contest for a while, until I got up the courage to shout "Hey!" He didn’t move. How weird! Then I realized, I was only looking at a dress hanging in the closet, not a man at all. I realized it was again 3 in the night.
It was Wednesday I went to bed early that night, But I started reading as I always do. A little while after turning the light off, I heard what sounded like a riot. People were shouting and crying, I got up and jumped to the window to see if there was something, suddenly there was all silence. Suddenly I felt there was someone In the room with me. I heard the sound of the footsteps ,  As I listened they seemed to get louder. This frightened me from the word go, as there was carpet on the floor, and where the sound was coming from, I turned on the bedside light and the noise stopped. I looked out the bedroom window in case it was raining and I was hearing the drip of the rain on the ledge. It was drizzling. I thought I have had read too much of horror stories but I realized It was 3 am again.
The Thursday night when I was awake, I waited for the clock to strike 3 , I did not realize when I fell asleep But suddenly I opened my eyes It was 3 am again,  I heard a voice of a lady who, I think, was trying to lull her child to sleep. There was motherly passion in her voice. The voice was so clear and melodious that I still remembered some of the wordings. But who was she? I went to look for the matter to my balcony; I was shocked when I saw a smoke like thing coming out from one of the flats in the next building. I was shocked. I next thing I remember was I was on my bed and I was getting late for the office. As soon I got Ready I was shocked to see that my socks were torn .I am not sure that the cat next door was responsible for it or anything else.

These four nights gave me shivers down my spine , I could not help but I never returned to that flat from office on Friday I drove off straight to my village and told my grandfather all about the awful nights I have been having for the first week I spent in my new flat , The only thing he said That I had not performed the house warming ceremony and not followed the rituals and now I must regret my decision and should go the priest in the village temple .I went to him still thinking what all he could tell me , and he said that I was under the influence of a spirit. I thought he was a cheat. But I had a strange feeling deep inside.
Well I don’t know what made me call my friend, But I told him everything, he asked me to visit Mr Sharma, his Family doctor, When I returned back from the doctor I was surprised to know that I was suffering from what is known as Insomnia or Sleep Disturbances which may cause Hallucinations that are Frightening, severe Fatigue can also be associated with hallucinations which may be disturbing. I am not sure how many of us in this fast moving world are affected by this but I was pretty sure that I was going to change my eating habits. Yes I am an IT professional and I have a lot of things going on in my mind and sometimes I am torn inside. I have realized that I have not given time to myself or any recreational activity. How many of you do this cruelty to yourself.

PS: This is a Work of fiction and any resemblance to anyone is completely coincidental.

This post is part of the contest Ten words to a Story(or Poem).. on WriteUpCafe.com 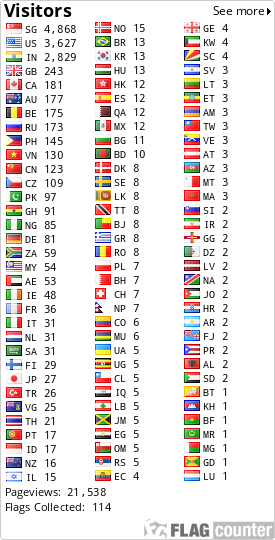